Writing this blog has been harder than I expected. It has not been because there has been nothing to write about because the things I have learned along the way could fill a small book. I suppose that I could blame it on the busyness of preparing to move, but the truth is that there were many times that I sat down to write that I just could not put words on paper.

I think it was due to the intensity of the emotions that I was feeling. I found that I did not have the words to express what was going on inside of me. My sentences seemed like soda that had lost its fizz. I thought that the process of writing a blog would help me in making the transition and would allow others to go on the journey with me. After repeated attempts I decided that it wasn't the case. I needed to wait until I had some perspective before I picked up a pen again.

So what was I feeling?

In large part I was experiencing intense grief. The pain was indescribable. It was the burning pain of loss. Picture a broken tooth with an exposed root dangling in the air. That's how I felt inside. Consider some of the things that we were happening.

So there was pain. And while that emotion might be easy enough to understand, what made this painful grief more difficult and confusing was that it was mixed with anonther emotion that was equally intense. Perhaps it can be described as giddy joyfulness. We were heading back to Strasbourg! I was more excited than a child anticipating Christmas. I was counting the days and hours until the plane left.

We fell in love with Strasbourg last summer. We love the feel and layout of the city. Its cathedral, canals, buses and trams, restaurants and cafes are a delight. But more than that, the people that we met were precious. We simply could not wait to get back and renew friendships. We knew that God had called us to be a part of this church. My heart was filled with anticipation of what the Lord is going to do in Strasbourg. I found myself bursting at the seams with excitement.

But how do you say that to those who are not going on the journey with you? How do you talk abou the joy you feel without also sounding like you are glad to be leaving THEM? I tried to talk about it, but few understood. I could tell that my words of enthusiasm were causing them pain.


This mix of strong emotions made blogging about anything difficult. Looking back at these months I now see that they were similar to running a marathon. The opening miles are filled with enthusiasm and confidence. In my enthusiasm I wrote many blog posts.

There comes a point in a marathon where it is simply hard work. The pain grows as the miles go by. You remain grateful for those cheering you on, but they don't know the pain that you are experiencing. Perhaps they don't even understand why you are running in the first place. You become silent. I quit writing. 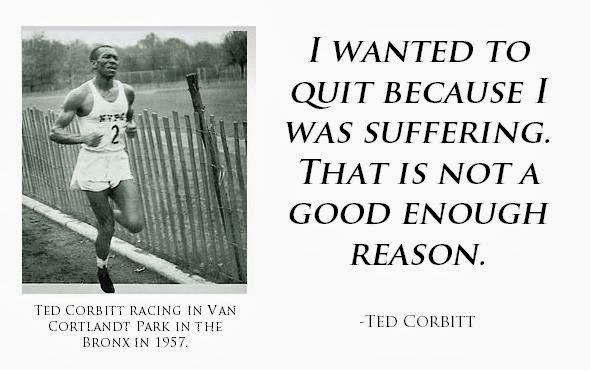 Finally a deep weariness that sets in. It takes supreme effort to keep the legs moving. You are willing each step. You must reach the finish line. Each step is painful and takes supreme effort, but the pain of quitting would be far greater. So you endure. While the supporters along the way are doing their best and they are essential to finishing the race, you are too tired to even return a smile. Their encouragement bounces off of you unheard because of the pain and mental exhaustion that has set in. You hope they understand why you don't even look up as they cheer.

When you finally cross the finish line you are filled with an overwhelming sense of accomplishment. Then you rest, stretch, and rest some more. Eventually you are able to talk about the race and the things you experienced along the way. The pain is a memory and what is left is joy.

After finishing the grueling marathon of moving across an ocean, I am finally able to write again. The first thing I want to say is thank you to all those in the States that helped us reach the finish line. You have been and continue to be faithful friends. You are an important part of my life (notice the present tense). To those greeted us here in Strasbourg as we crossed the finish line, all I can say is "Wow!". Your welcome and care have been a blessing that has made the emotions of the past months worthwhile.

Email ThisBlogThis!Share to TwitterShare to FacebookShare to Pinterest
Labels: Transition