The Potential of the Local Church

"How do you see potential in a church located in a small town with declining population?" 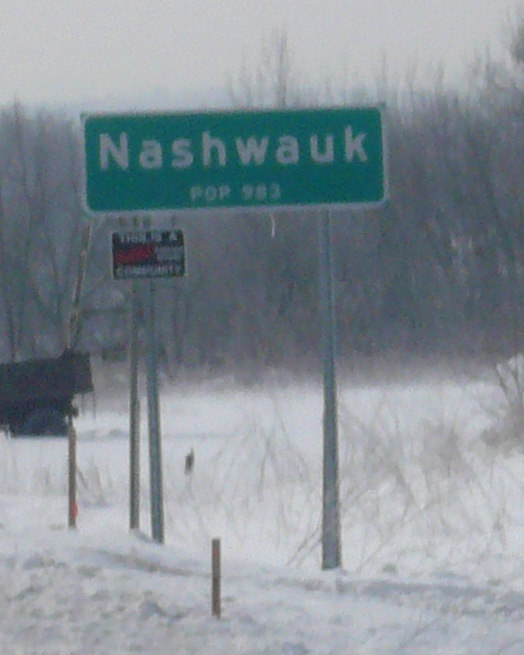 The question hung in the air awaiting my response. I faced a room full of bible college students who were thinking about a future in ministry. A friend was teaching the class and had brought me in to give the students the  perspective of a small town pastor. Like the many of the students, I had been raised in the suburbs. I moved two years previously to Nashwauk, a small town on the Iron Range of Minnesota that had seen decades of decline. The sign on the edge of town said its population was 983, but I suspected that was only true on homecoming weekend.


In my first months at the church I learned that small struggling towns are very different than the fast growing suburbs. The pace of life and attitudes of people were different. Not only that, but it seemed like the all of the materials generated by the Christian resource companies were geared toward the suburbanite. They were expensive and they did not apply to our situation. For example, I had recently looked at an evangelism curriculum that spent half of its time talking about creative ways to meet your neighbors. In my town everyone already knows everyone! The reality is that in the Christian publishing industry resources are developed for churches with the money to buy them.

As I pondered my response to the student's question I recalled an article I had received from our district office. It was meant to encourage pastors. It was written by a church health guru and talked about the environment that would support a thriving church. It mentioned things like an "expanding population base", "an appropriate amount turnover of people in the community", "close to major population center", "large pool of people skilled in management" and so on. The writer went on to say that if you wanted to be the pastor of a healthy, vibrant, dynamic church you needed to make sure it was in this type of situation. If it wasn't, there was no way the church could thrive and the author suggested that you should go somewhere else. Nashwauk lacked any of the "preferred" characteristics. The article reflected the type of thinking that had led the student to ask the question, "How do you see potential in a place like Nashwauk?"

I got up from the stool I was sitting on and faced the student. "You want to know the potential of the church I pastor in Nashwauk?  I can state the potential and calling in four small words. Here they are: 'All people. All nations.'

"'All people. All nations.' That's where we are going. I believe that in the depths of my soul. The Lord has called that church in that little town of Nashwauk to make disciples of all nations, so that is what we are going to do. How are we going to do it? We don't have a clue! Instead, we have to try to walk so close to Jesus that he shares with us what He wants done. Jesus has said we are supposed to reach nations. That's the potential. If we are obedient, that will also be the reality."

In the years since that class, the group in Nashwauk has grown in its passion for reaching the nations.We have looked for creative ways to support missions around the world. We sacrificed to provide Kindles to all of the families in one particularly difficult field. We sent one family for three months to help pioneer an new work in a hostile place. We have had many people go on short term trips. We have had a growing burden to intercede for the nations of the world. Several of our youth are strongly considering serving overseas permanently. The church in Nashwauk is impacting nations.

But just as important, these four words have helped us to think like missionaries in our own locale. How can we reach the people around us with the gospel? How can we serve those around us? What does it mean to make disciples? How can we do it? How do we interact with those who have no church background? Are there things in our church culture that have nothing to do with the gospel that are hindering people from knowing Christ?

An atmosphere of prayer and the ministry mindset has developed that has been wonderful. We have put on original dramatic productions, passed out hundreds of bottles of water, sponsored events, started a ministry in a senior center, initiated an archery program, helped start a food shelf and community garden, and engaged in an untold number of conversations with people. Hundreds of children have been touched by the church's outreach programs. Countless hours have been spent in our prayer room. All in a church in a small town with a declining population!

I have received two notes over the last couple of years that delighted my soul. Both came from people who had utilized people from our church in cross-cultural ministry. The first came in response to a week of ministry that our youth did in the inner city of Minneapolis. Our youth put on a creative arts camp that was attended by dozens of low-income neighborhood kids. Not only did our youth do a phenomenal job while enduring one of the hottest weeks in years, they prayer-walked and engaged in street evangelism, striking up conversations with people and sharing the gospel. One person decided to get her hair cut by a hair-dresser who spoke broken English just so she could talk to her about Jesus! The leader of the organization we worked with wrote that our youth were the most effective group he had ever brought in.

The second note came from a person who had worked many years overseas. They were struggling to open a new work in a difficult country. Our church sent one of our young couples with their two preschool children to help for three months.They endured living in a single cramped bedroom while working long hours helping start several business, teach English, and do construction projects. The note from the worker said, "your three months of service have been exceptional and you rank right at the top of the list of short-term workers."

I am convinced that these notes are a by-product of a church that refuses to have an "it is about us" culture. Instead it has an "all people, all nations" mindset. Seeking to walk more closely to Jesus, they are being used by him to accomplish his will of one day seeing people not only from the Iron Range but from every nation gathered around his throne. They are learning to think like missionaries and are willing to sacrifice their comfort and security for the opportunity to share their love of Jesus with others.

"You will learn many things here in this college," I said as my eyes moved from one student to another, "and all of them are meaningless and even dangerous if you try to apply them in ministry. Remember, unless the Lord builds the house, its builders labor in vain. Education is a wonderful tool that God can use if you understand that it is the fear of the Lord that is the beginning of wisdom. It is walking with Jesus and doing what He says day by day that will unleash the potential of any local church. And the potential of every local church is nothing less than reaching the nations, because that is the heart of Jesus."

As I stood there challenging the students to consider the potential of every church, I had no way of knowing how that little band I was pastoring in Nashwauk would impact my life. They would become dear friends. They would challenge, encourage, and inspire me. And one day a decade later my wife and I would have the elders over for dinner and tell them that we were being called to France. With tears in their eyes they would tell us that the Lord had already been speaking to them about it. It was with pain-filled joy that we all realized that sending their friend and pastor was the next step in church's journey toward their potential of reaching "all people, all nations."