What I Will Miss (2): Snowplowing

Anywhere you find sand, whether at the beach, in a sandbox, in the backyard, or at the park, you will invariably find young boys playing with trucks. Actually, they are not playing, they are working. They are building roads, moving dirt, and digging holes. They are doing man stuff with man equipment. Bright yellow Caterpillar or John Deere trucks, graders, bulldozers and front-end loaders belching imaginary smoke work the sand until it is ready for civilization. These little guys approach their sand labor with the intensity of an Olympic athlete. There is work to be done! 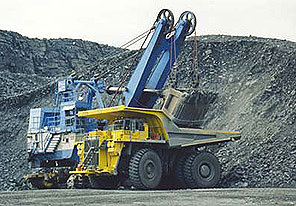 Here on the Iron Range of northern Minnesota, the men never really grow up. Sure, their hands are calloused and their faces are weathered from being out in the elements, but somewhere along the line most of them made the decision that life is too short not do what you love. And they loved their sandbox and their trucks. So that's what they do. And they do it on a grand scale. The fortunate guys land a job at one of the open pit mines where they get to drive HUGE trucks like this one. You need to climb a ladder just to get to the door. You can move a lot of dirt with one of these! 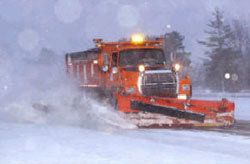 Other guys work for the county where a major part of their job is maintaining roads. This means grading the gravel roads and snow plowing them in the winter.  When the forecast calls for snow they get a gleam in their eyes because they know that they will get to step into their plow trucks and spend hours pushing snow. One guy told me after church one day, "Pastor, there is nothing better than watching a big rooster-tail of snow coming off of the plow as you go down the road!" 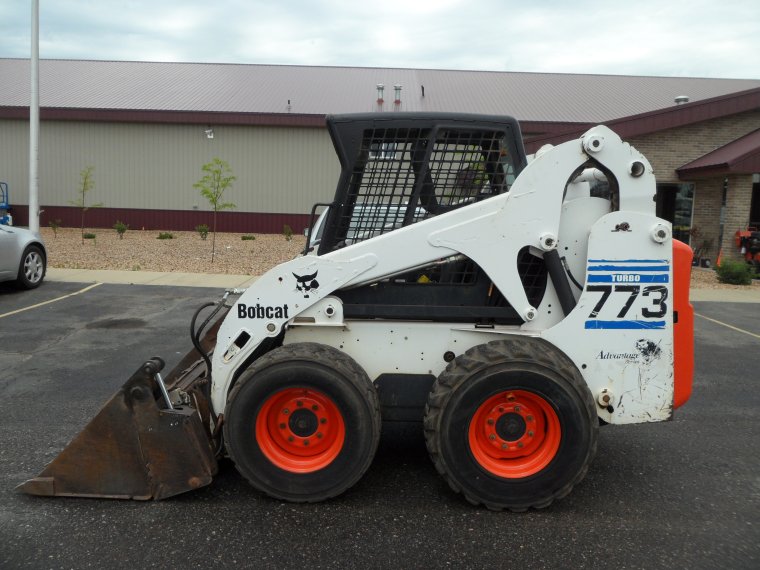 One of my friends is a mild-mannered professor who teaches nursing at the local community college. After getting to know the Iron Range culture a little bit, it did not surprise me discover that he he owned a bobcat similar to the one at left. "Why do you need a bobcat?" I asked him one day. The look on his face said, "I have spent my lifetime teaching and just now have heard my first really stupid question." He patiently explained, "You use a bobcat to push stuff around, make trails in the woods, and move things. A guy has to have some fun, you know!"

I have also gotten into the act, but on the smallest scale possible: I have a plow for my four-wheeler. While is not nearly as macho as guys that get to drive the big trucks, there is something therapeutic about pushing the snow into piles and watching it fly off the blade of my plow. When there is snow in the forecast, I find myself hoping that there will be enough snow to warrant firing up the four-wheeler and spending an hour moving snow. Plowing is good for the soul.

Strasbourg doesn't get much snow. Even if they did get snow, I will be living in a two bedroom apartment with no four-wheeler. I am too old to go to the park and play with little trucks (except maybe when the grandkids come to visit!). I am sure that there will be days of that I dream of blizzards and plowing snow in the deep of a Minnesota winter.