The Bells of Saint Maurice

One of the memories that we cherish of our stay in Strasbourg last year is the church across the street from our apartment: Saint Maurice. Its tower was a beacon when we were lost, its benches served as delightful reading places, and its bells were a constant reminder of God's presence. We are looking forward to returning to the shadow of that church building, just as when we were in France we found ourselves longing for the lake and the call of the loons.

For some reason, I got to wondering the other day about who Saint Maurice was. I had never heard of him before and so I set off on a journey of research to learn about him. What a story I found! While it is somewhat shrouded in the mists of history, the basic facts are fairly clear.

Back to the Third Century


Maurice was solider from Thebes, Egypt who commanded a legion for the Roman Emperor, Maximian. It was a time when Christians were regarded with a high degree of skepticism by Rome, yet the legion of 6,600 which Maurice led had all committed their lives to Christ.The power of Rome was waning, and in the late third century the Emperor was faced with a number revolts of peasantry, particularly on the frontiers of the empire.

To quell one such insurrection, Emperor Maximian ordered the Theban legion, led by Maurice, to clear the Great St. Bernard Pass (yes, those St. Bernards) of insurrectionists. Upon arriving at the Roman outpost of Agaunum, high in the Alps, they were ordered to attack the peasants living nearby. When they discovered that the peasants were Christians, the entire legion refused to assault them. Then they were ordered to sacrifice to the Roman gods and the legion refused again.

Emperor Maximian was incensed and after repeatedly having his orders ignored he commanded that the legion be decimated. This was a Roman practice used to punish belligerent or cowardly soldiers. One tenth (deci = 10) of the soldiers would be executed. The decimation order was followed and 660 of the 6600 soldiers were killed, yet the legion refused to offer the pagan sacrifices or attack their fellow Christians. An enraged Maximian issued another decimation order and another tenth of the legion was executed.

Upon learning the that legion still refused to follow his orders to make pagan sacrifices or assault the peasant believers, Maximian warned the soldiers that they would all be executed if they did not change their minds. Maurice and his fellow soldiers sent the following reply:


"Emperor, we are your soldiers but also the soldiers of the true God. We owe you military service and obedience, but we cannot renounce Him who is our Creator and Master, and also yours even though you reject Him. In all things which are not against His law, we most willingly obey you, as we have done hitherto. We readily oppose your enemies whoever they are, but we cannot stain our hands with the blood of innocent people (Christians). We have taken an oath to God before we took one to you, you cannot place any confidence in our second oath if we violate the other (the first). You commanded us to execute Christians, behold we are such. We confess God the Father the creator of all things and His Son Jesus Christ, God. We have seen our comrades slain with the sword, we do not weep for them but rather rejoice at their honour. Neither this, nor any other provocation have tempted us to revolt. Behold, we have arms in our hands, but we do not resist, because we would rather die innocent than live by any sin.''

When the emperor read this letter he realized that he would be unable to force these soldiers to take up arms against fellow Christians. He then had the the entire legion executed. In addition, he issued orders that any who belonged to this legion who were not present in the pass that day be hunted down and killed.

Maurice's refusal to obey the Emperor's orders to violate his faith caused his life to be fondly remembered by fellow Christian soldiers. He is highly esteemed by the Coptic (Egyptian) Church and eventually became the patron saint of infantrymen in the Roman Catholic Church. So it is a fitting name for a church originally built by the Germans for the use of Catholic military personnel stationed in Strasbourg.

But there is more.


The site of the martyrdom of Maurice and his legion became a monastery. In 522 the abbot of the monastery instituted the recently developed pattern of laus perennis, whereby choirs of monks rotated so that they offered non-stop 24/7 prayer and worship to God. This non-stop intercession continued at the location for almost four hundred years! It introduced the idea of non-stop prayer and worship to the West and had a dramatic impact on monasteries all over France and Switzerland.

Running down the story of St. Maurice was not only fascinating, it provided a link between the past and the present as we see 24/7 prayer movements spreading across the world. For me the bells of St. Maurice will now be a call to pray without ceasing. They will also remind me of a church in the northwoods of Minnesota that discovered the power of 24/7 prayer. 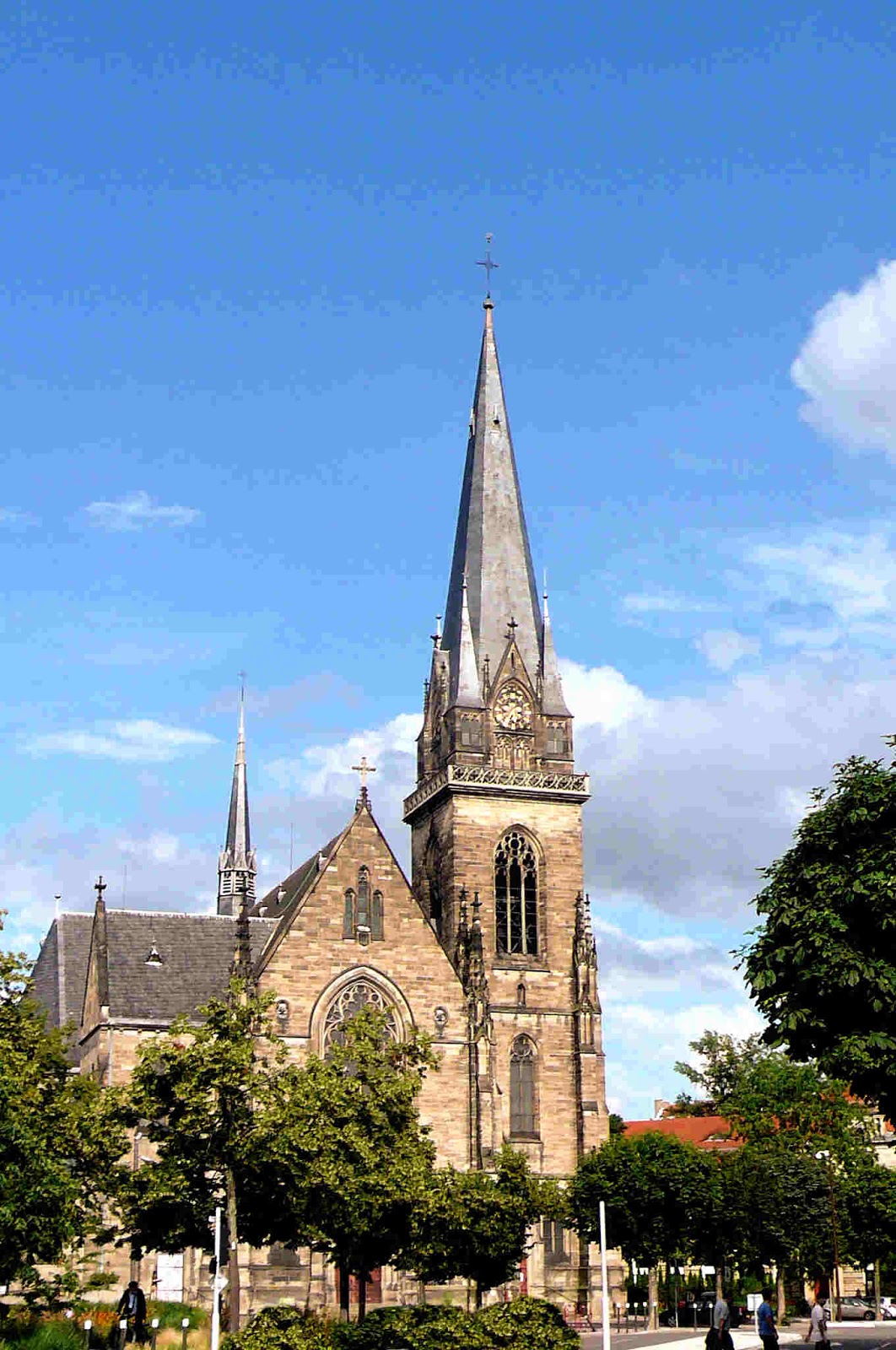